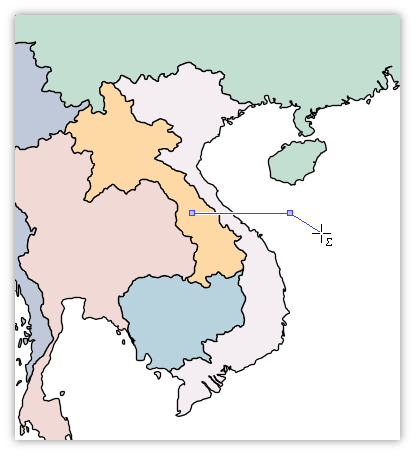 Image at right: Use mouse moves or enter precise coordinates on the fly or a mix of both to draw a path that exactly splits an area on the 17th parallel. Easy!

Build 173.5 adds yet more enhancements to georeferencing, editing, and LiDAR work with LAS and LAZ files:

Build 173.4 adds spectacular new editing commands for interactive editing, making it even better as the fastest and easiest way to edit vector layers.

Suppose we would like to draw a single polygonal area that automatically fills in the regions between building footprint polygons in a neighborhood. 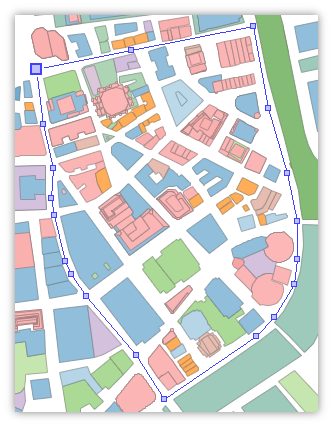 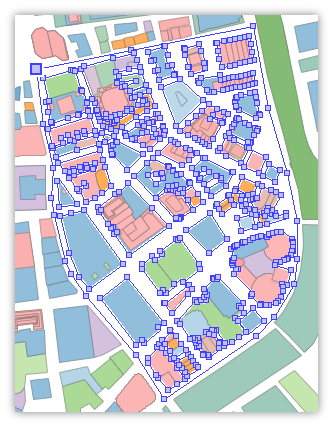 Choose Create Area and in the usual way draw a polygonal area that outlines the neighborhood. Right-click and choose Clip from the pop-up edit menu, and choose OK. Instantly, the provisional area outlines are automatically redrawn to follow the boundaries of building polygons within. We can further edit those if we like, or proceed with a single click to create the new area. 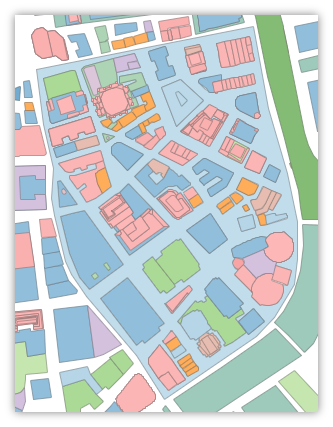 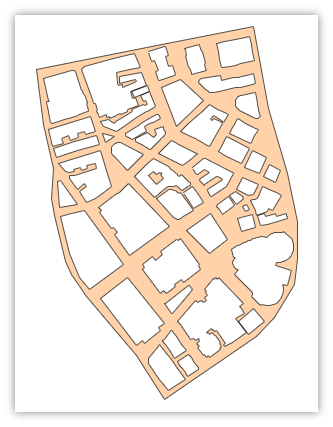 The new Merge interactive editing command provides a super fast, one-click merge to combine areas or lines in place with sophisticated merging of attributes. Merge multiple area, line or point records into one. Merge pops open a dialog which allows switching between merging all objects or just selected objects (the default). 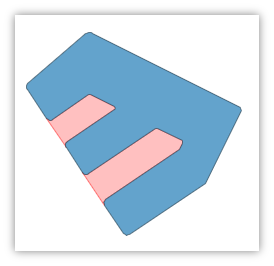 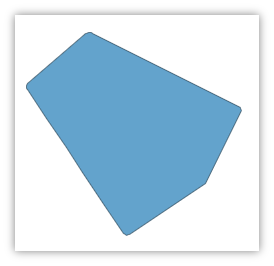 The new Split interactive editing command uses an interactive cutting line to split areas or lines into separate parts, producing new objects in place for each part and automatically splitting attributes as desired. Split pops open a dialog which allows switching between splitting all objects cut by the line or just selected objects (the default). 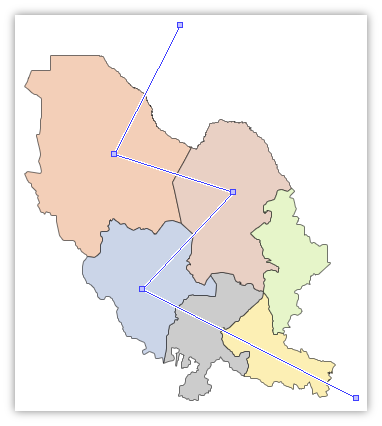 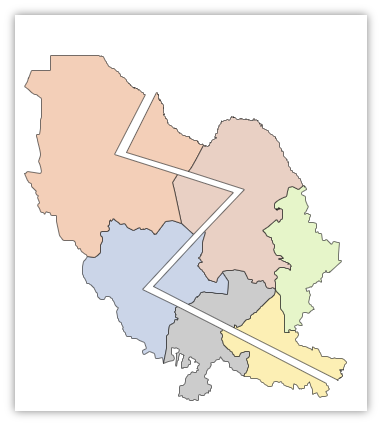 Images above: Draw a cutting line with the tracker, right-click and choose Split. The result at right above has been shifted slightly to show where the split happened. 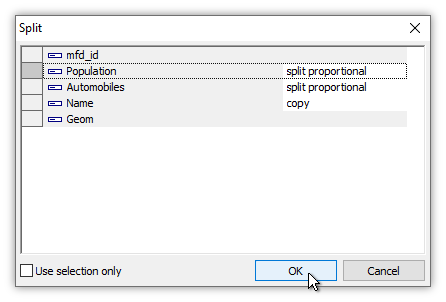 Image above: Transfer rules specify how to allocate attributes into the split results. Population of states, for example, can be split proportionally into the resulting parts, while the name of each of the resulting parts stays the same as the original.

Wow! Lots of new videos to make it easy to learn and apply the wonderful new georeferencing capabilities in Manifold. See the Videos page for the full collection of Manifold videos. 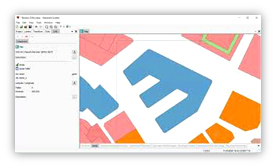 The new Clip interactive editing command makes it easy to create areas that automatically follow boundaries of existing polygons, to create complex new areas. It's also easy to create new lines that are clipped to complex boundaries. See how in this short video.

Also see how to combine the Clip command with the new Merge editing command to edit polygons "in place" in whatever data source we want, including ESRI geodatabases, PostGIS, data sources, GPKG, shapefiles or any of hundreds of other data sources. Super! Works in the free Manifold Viewer too. 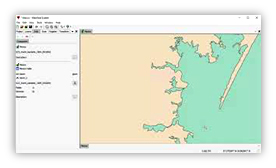 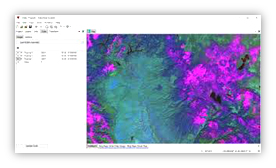 Manifold Release 9 is perfect for the job, because it can handle many large rasters effortlessly, merging them instantly, and then combining bands into false color RGB multiband images. Manifold does all that with easy to use, point and click dialogs. No need for programming.

This fast-paced video shows how in under five minutes of workflow, including importing the original Landsat data downloaded from USGS. All this works in the free Manifold Viewer too. 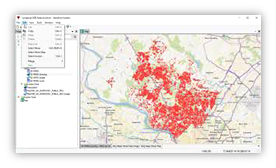 5 Minute Tutorial - Scrape an ESRI Feature Server - Working with web-based ESRI feature servers? If you want your own copy all the vector features (points, polylines, polygons) those servers provide that's easy to do with Manifold Release 9.

This video shows how to connect to a typical ESRI feature server, how to drill down and open the feature layer desired, how to copy all the features and to paste them into the local project. It's all a simple matter of point and click, copy and paste. All this works in the free Manifold Viewer too. 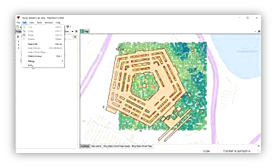 The video shows how to do the same thing in just a few clicks in Manifold's point-and-click Join dialog. No need to buy Spatial Analyst. Manifold includes the Join dialog and thousands of other capabilities, all for only $95. Save thousands of dollars and enjoy easier workflow too!

Manifold also is much easier than using expensive products like LAStools, and costs far less in labor than writing your own code in Python, PDAL, or other lower level tools. All this works in the free Manifold Viewer too. 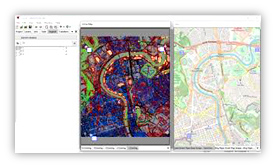 5 minute Tutorial - Georeference Many CAD Layers - Georeferencing CAD layers is a common task in any GIS. Manifold Release 9 makes it a lot easier with fast, simple workflow that avoids extra effort and lets us recycle what we've already done.

This video shows how we can add a few control points just once and then georeference an entire stack of CAD layers imported from a DWG without adding more control points or repeating any work. If the DWG contained a hundred layers we could do them all!

This is much easier than the complicated, more labor intensive procedures in ESRI or other GIS packages. All this works in the free Manifold Viewer too. 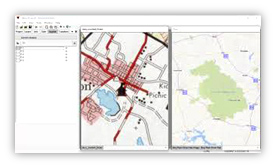 Georeference a Scanned Paper Map - In only five minutes of actual work we use Manifold Release 9 to georeference a 157 MB scanned paper map so it can be used as a layer in GIS. The scanned map is a historic map showing Davy Crockett National Forest in Texas, downloaded from the Library of Congress website. 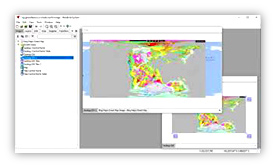 Georeference a Whole World Image - We see a map we like on a web site so we make a screenshot. How to use that map in GIS? Easy! We georeference it using Manifold. The video shows how to georeference an image scraped from the web that shows the geology of continents as they were 200 million years ago.

We mark four control points in the image, then we roughly mark four corresponding control in a Manifold map using Bing as a background layer. In the Register pane we edit the coordinates of those control points to be even +/- 90 and +/- 180 degrees, and then we press Register. Done!

The video also shows how we can import and georeference a second image similar to the first, without needing to add any control points, just re-cycling the ones we created before. Less work is great! 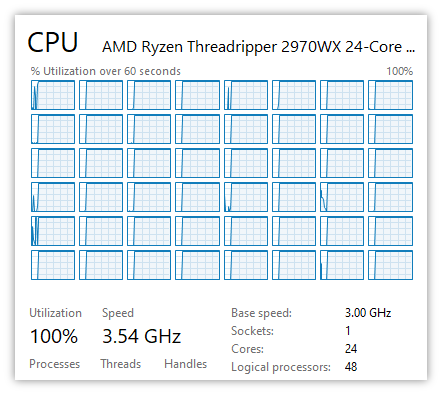 Manifold is 64-bit and fully parallel throughout, automatically unleashing the incredible power of all of the CPU cores in your system. Four cores or sixty four, Manifold uses them all. Even faster, Manifold automatically launches massively parallel computations using thousands of available GPU cores for supercomputer speed. Running on a 24 core processor? Manifold will use all 48 threads. 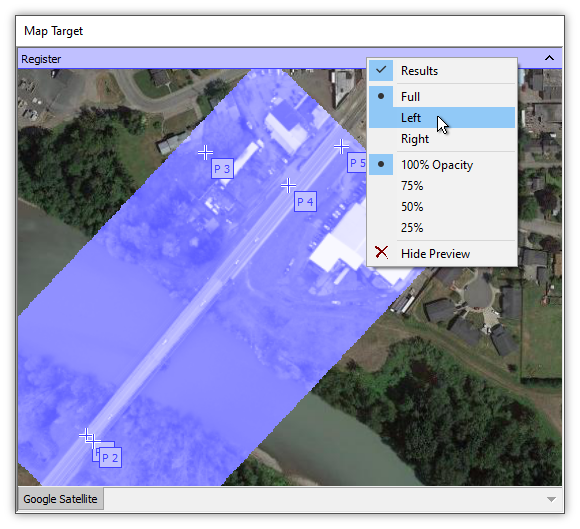 A georegistration preview menu when previewing the georegistration of a drone photo. Starting with the same nadir drone photograph as in ESRI's ArcUser example the illustration shows a preview in blue color of georegistering that photo to a known good target layer, a Google satellite layer. Right clicking on the preview bar calls up a menu that controls the display of the preview, allowing it to be seen with partial transparency or with a split screen effect to the left or right side of the display window, with the dividing line between the preview and the rest of the window draggable to the left or right. The preview shows what a simple affine georegistration using six control points will do.