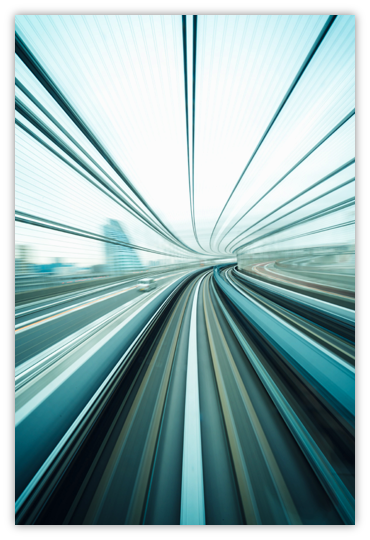 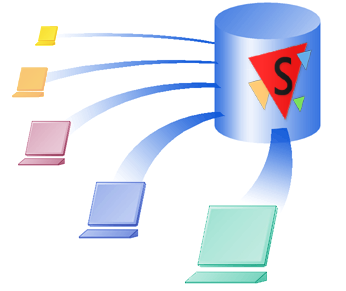 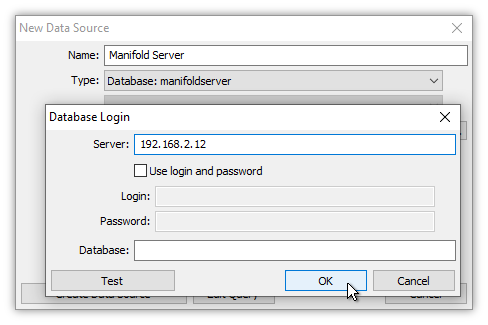 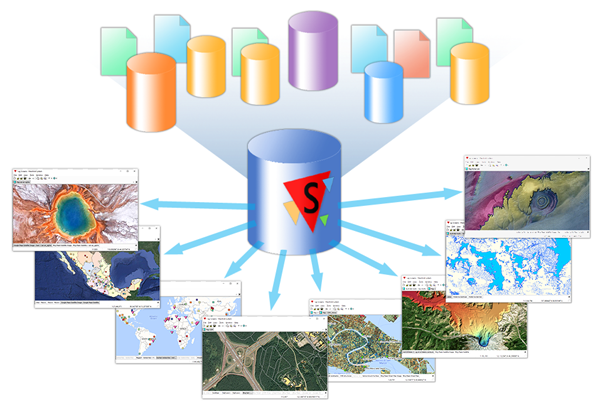 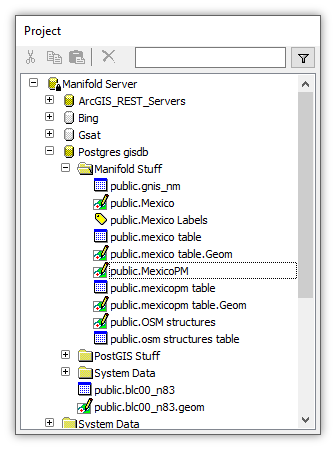 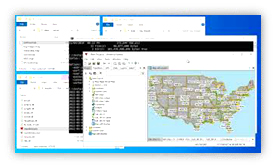 See how to make multiple, simultaneous connections to Server, to share the same data between multiple users at the same time. Launch multiple Server instances on the same machine to share different constellations of data and databases.

I heard Manifold already is a database system. How is Server different? - Every Manifold session, including the free Viewer, is a fully parallel database system as well, but Manifold desktop sessions are oriented towards single-user connections to projects through the Windows file system. More than one desktop Manifold session can connect to the same .map project at the same time, so long as the connections are read-only, with significant limitations compared to Server that result in lower performance for multiuser connections.

When desktop Manifold sessions connect to a Manifold project as a read-only data source, multiple users on multiple different machines can use data and layers from the project at the same time, but they would have to connect to that project through Windows, using Windows file system shares to reach projects on a different machine. All processing would be executed locally within each user session, including the entire rendering pipeline and execution of all queries. For a query involving a big table, that would require sending the entire table from the host machine to each desktop session. No caching or other optimization is done between different user sessions when desktop Manifold sessions connect directly to .map projects.

Server is desighed for multi-user connections and is reached through an IP address, which allows connections between clients and Server for locations anywhere in the world, without being limited to local Windows file system shares. Server also provides vastly better peformance by executing queries server-side, setting up rendering server-side, and caching and optimizing between client sessions. A query involving big tables only sends results through the network, which are typically much smaller than the big tables involved in the query. That greatly reduces the amount of data that has to be sent through networks and greatly enhances performance when incorporating data shared by Server into client projects.

Use Manifold 9 Server licenses to take advantage of manycore CPUs that provide many threads at low cost. For example, Server running on a Threadripper machine that has plenty of RAM and 64 CPU cores will be able to handle many more clients than Server running on a four core Ryzen 3 machine. Organizations with a few dozen users and Server instances running on typical desktop computers with eight to twelve cores and SSD storage in typical GIS work should expect good results from the unlimited version of Server. Organizations with many users, or with users running many intensive jobs simultaneously should consider more powerful hardware and taking greater care to run Server instances on multiple computers.

Can I launch Server as a service? - Yes! That's a key advantage of running Manifold 9 Server edition.

Our office expects to have three or four Manifold Release 9 users, and we would like them to be able to use data shared by Manifold Server. Should we choose Release 9 Universal or Release 9 Server? - That depends on how you plan to use the product. There are many combinations of licenses that will work. Each user who will be working with Manifold and connecting to Server as a client must have at least a Release 9 Professional license on their computer. Computers that host Server to share data must have either a Release 9 Universal or a Release 9 Server license.

If you take that strategy and you plan on having four users, you could acquire three Release 9 Professional licenses and one Release 9 Server license to get Server in unlimited form. Three of the users can work with Professional licenses, and the fourth user can host Server on the same machine on which they also are running Manifold for desktop use.

The Universal alternative to the above is to buy the 5x Universal bundle for $780. That would allow you to install and use the limited form of Server on five different machines, and also use each of those five machines for a desktop user. There are scenarios where that makes sense for expert users who want to distribute serving to five different instances on five different machines. However, most organizations which are running four users with access to Server will strongly prefer to keep it simple and to run the unlimited form of Server. They'll use the 4x Professional + Server bundle.

For example, if you buy a single Release 9 Server license you can install that on a single server machine. You will then be able to run Server on that machine and you could also launch Manifold in a regular desktop session on that server machine at the same time that Server is running to share data. You can run as many instances of Server as you want, but all on that one machine. If you have ten users on ten other machines, you'll need to buy and to install ten Manifold licenses, one on each of those other machines. Note that Manifold Viewer is free and that Viewer can connect to Server as a client. If on some of those ten machines Viewer will be enough for the work the users on those machines do, they could use Viewer.

Super fast speed brings a new level to "ease of use" - GIS is way easier when everything happens fast, even with bigger data, and you don't have to wait around for many seconds or minutes for jerky web interfaces or slow desktop software to do what you want. Do in seconds what takes minutes or hours in other GIS packages. Life is too short for slow GIS!

Manifold provides hundreds of vector and raster geoprocessing tools that with a point and click run ten, fifty, or even one hundred times faster than Spatial Analyst or other Esri toolbox equivalents. Manifold plays well with Esri to make it easy to add Manifold speed to your GIS workflow, or to use Manifold as your primary GIS for even greater productivity. 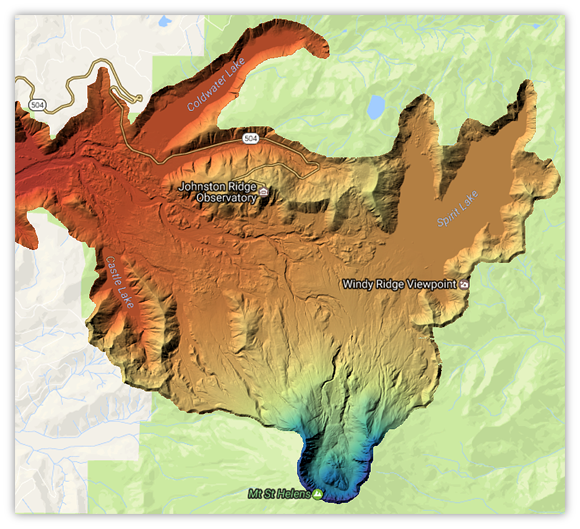 One meter resolution Digial Elevation data of the Mount St. Helens volcano crater and region to the north devastated by ejecta and lahirs flowing from the catastrophic eruption of 18 May 1980. The terrain elevation model, colored by Manifold using a palette, is shown in a map between an upper, partially transparent set of labels from a Google web server and overlaid on a streets vector layer also from a Google web server. The elevation data is over 3 gigabytes and displays, pans and zooms instantly in Manifold.